LinkedIn ad messaging is an effective way to garner the attention of your target audience.

An effective LinkedIn ad message can easily get the attention of most of your audience.

This will drive your prospects to get them to interact with you on LinkedIn.

There are different types of LinkedIn Ads Units to consider for you to create the most effective message with LinkedIn ads.

Below are the details and content the different LinkedIn Ad Units have and their advantages.

This type of LinkedIn Ad unit is the first type of ad unit and looks just like the old Google ad.

This comes with a 50x50 pixel image beside the text included.

This has the lowest click-through rate of about 0.03%.

With the addition of an image, the number of characters you can input now is limited.

The small image can only put a small face on it.

A Text ad is the cheapest type of ad unit, which means this is the easiest way you can get traffic to your LinkedIn ad.

This type of ad unit is only for desktop users, so it limits the number of users that can see it.

Sponsored content appears right in front of your news feed and takes up a large space on it.

A 0.4% CTR means that it is more engaging compared to the text ads.

Most of the clickers or viewers of this ad are mobile users, which is about 80%.

Sponsored InMail is the newest type of ad unit.

This type of ad unit usually lasts for about 45 days and is usually sent personally to an employee’s email.

It has an opening rate of about 50%, which is high and worth the price it costs.

Competition is also less with this type of ad unit since no other email of the same kind can be received by the person.

Lead Gen Form Ads is a feature that is both available on sponsored content and sponsored InMail.

This type of ad unit a higher success rate compared to other types of ad units.

It also has other integrations with Eloqua, Marketo, Liveramp, Salesforce, and other platforms by Zapier.

Its downside is that it costs the same as the Sponsored InMail, but the generated traffic is irrelevant to the analytics.

Retargeting is also hard since they are not even hitting your landing page.

Low quality leads produced from filled out Lead Gen Forms produces a line in the CSV spreadsheet on LinkedIn that you need to download.

DO YOU WANT ADVICE ON HOW TO WRITE AN EFFECTIVE MESSAGE ON YOUR LINKEDIN ADS? 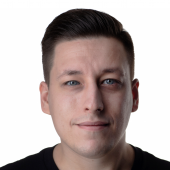 My name is Julien Sicard and welcome to my blog! I am the CEO of Genius Encel Agency and Co-President of LinkedIn Local Shanghai. My mission is to help companies all over Asia to get new leads by using the power LinkedIn. On my free time, I enjoy meditation, reading book and discover new coffee shops in Shanghai. Want to exchange with me ? You can connect with me on different social medias above.

HOW TO MAKE A LINKEDIN PROFILE THAT PEOPLE TRUST?

A GUIDE TO YOUR LINKEDIN SALES NAVIGATOR PAGE

WHICH ARE BETTER: LINKEDIN POSTS OR LINKEDIN ARTICLES?

HOW TO CUSTOMIZE THE URL OF YOUR LINKEDIN PROFILE?